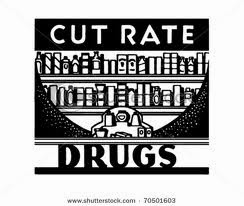 The British Medical Journal has just published a paper "Quantifying the RR of harm to self and others from substance misuse: results from a survey of clinical experts across Scotland" by Taylor et al (2012)

Objective: To produce an expert consensus hierarchy of harm to self and others from legal and illegal substance use.
Design: Structured questionnaire with nine scored categories of harm for 19 different commonly used substances.
Setting/participants: 292 clinical experts from across Scotland.
Results: There was no stepped categorical distinction in harm between the different legal and illegal substances. Heroin was viewed as the most harmful, and cannabis the least harmful of the substances studied. Alcohol was ranked as the fourth most harmful substance, with alcohol, nicotine and volatile solvents being viewed as more harmful than some class A drugs.

Conclusions: The harm rankings of 19 commonly used substances did not match the A, B, C classification under the Misuse of Drugs Act. The legality of a substance of misuse is not correlated with its perceived harm. These results could inform any legal review of drug misuse and help shape public health policy and practice

Harm to self ratings (ranked from top to bottom)


"One of the strengths of this study is the large number of experts involved. Two hundred and ninety-two addiction multidisciplinary experts across Scotland were involved making it the largest national panel to be involved in this type of study.

How representative is the 'large' sample of 'experts'? Well, 50% of the respondents worked in Glasgow and 55.5% of the sample were Addiction Community Psychiatric Nurses - I am not sure how representative that might make any opinion re the relative ranking of drugs. It would have been useful to see a breakdown by occupation - the data are available. I would also liked to have seen a breakdown of responses from face-to-face versus e-mail questionnaires (as responses were collected using both methods and demand characteristics are well known to change between these two approaches (especially with contentious material).

Do each of the respondents have experience with all 19 of the drugs (personal or professional)? Is there a relationship between the experience of the raters and their ratings?

Obviously the raters work in addiction services and it is perhaps no surprise that the top ranked drugs are the most addictive and the bottom ranked drugs are all regarded as non-addictive - in this respect are addiction workers simply rating the addictive character of different drugs?

"(a) physical harm caused by acute, chronic and parenteral use; (b) psychological harm; physical harm and intensity of pleasure linked to dependence and (c) social harm from intoxication; other social harms and associated healthcare costs"

The method section of the paper states "Participants were asked to score each substance for each of the nine parameters, using a 4-point scale, with 0 being no risk, 1 some risk, 2 moderate risk and 3 extreme risk." This doesn't reflect what is said in the Appendix i.e. that respondents could also say NA (Not Applicable) - they give no information about the number of NA responses or how they were dealt with.

It also unclear how the 'total' harm metric was derived - if it was from the average of all 9 scores then why is it different from the average of the personal and social harm ratings (which presumably reflects those 9 scores)? This leads to anomalies in the paper. For example, if Nicotine rates 2.42 and 2.33 for Personal and Social Harm respectively - why does it appear below Inhaled Solvents 2.38 and 2.18 (when both are lower!)

What in fact is the purpose of the separate ratings for personal and social harm - the assumption is they are measuring different things...but are they? Are the raters using the same information to rate both? I suspect so - the correlation between the two sets of ratings is .964 - so they share 93% of their variance. So in the minds of the raters ...personal harm is the same as social harm.

Finally, what does any metric mean without knowledge of the variance? The authors present mean ratings and without something like the standard deviations for the ratings, we cannot know how one drug differs from another in rating!

The Verve- The drugs don't work

Even if we ignore the rating issues, it should be noted that 16/19 drugs were rated as producing moderate to extreme Personal Harm.

Finally why rate the drugs at all? In a Horse Race, the Horse always wins

As remarked by @StuartJRitchie on Twitter - "Weird to ask 'experts' rather than, y'know, look at the published evidence..." Stuart makes a good point here. Why not address the empirical data derived from studies of the drugs themselves?

My own bete noire is that the ratings, whatever their outcome, fail to incorporate the consequences for cognition. How is cognitive impairment captured in such ratings and how could it be captured?
Posted by Professor Keith R Laws at 23:07