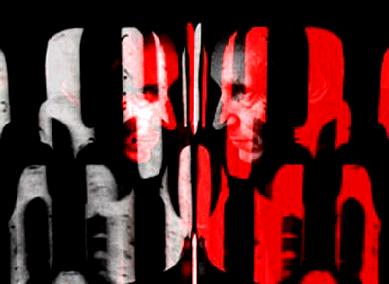 Our new soap that's peachy keen saves your soul and keeps you clean
It's recommended, used by the Queen
Gonna improve your IQ, help in everything you do
It's economic, don't cost too much.
Know Your Product (The Saints)

In January I blogged on a meta-analysis by Stafford, Jackson, Mayo-Wilson , Morrison & Kendall published in the BMJ - My post - Its Just a Story: Transition to Psychosis & CBT  - concerns whether CBT may prevent transition to psychosis.


It's a mash-up (Pistols meet Madonna)


As noted, I have already covered some problems with the original BMJ paper and much of what I said there applies here. Nonetheless, the current meta-analysis makes greater claims for CBT preventing transition to psychosis e.g. over longer periods of time.

At every time point, the relative risk of transition was reduced by more than 50% for those receiving CBT. (Hutton & Taylor 2013)

The Saints (1978, Know your Product)
A fine Australian export
"Where's the Professor...we need him now"
Why do Hutton & Taylor come to somewhat grander conclusions in favour of CBT? One reason is because they included a study not included by Stafford et al. The study is by Bechdolf et al. (2012) "Preventing progression to first-episode psychosis in early initial prodromal states." As Figure 2 (below) from Hutton & Taylor shows, this Bechdolf paper is the most favourable towards CBT preventing transition (with largest risk ratio here at 6 months, but also in their 12 month (0 and 9 transitions for Experimental and controls respectively) and 18-24 month analyses (1 and 10 transitions) - so is worth looking at in more detail

Its not that Stafford et al were unaware of the Bechdolf paper, so why did they not include it...?
Crucially, Bechdolf et al used Integrated Psychological Intervention (IPI), which does include individual CBT, but also group skills training, cognitive remediation and multifamily psychoeducation. So, even if changes in transition rates emerge - they are no more attributable to CBT than any other component of the IPI intervention. Unsurprisingly then, in their meta analysis, Stafford et al examined IPI studies including the Bechdolf study separately from their CBT analyses.


Its also worth noting that Bechdolf et al also differs from the all other studies as their participants were prodromal, i.e. had self-reported symptoms which they describe as preceding the subthreshold psychotic symptoms typically used as entry conditions in the other studies. Finally, Stafford et al rated study quality using the GRADE system (for risk of bias, inconsistency, indirectness, imprecision, and publication bias) and classed the Bechdolf et al study as 'very low' quality evidence - indeed, the lowest possible in that framework.

You can't fake quality any more than you can fake a good meal
William Burroughs
A second difference concerns the inclusion of McGorry et al (2012) by Hutton & Taylor. Again its worth examining this study in more detail

First, what is the design of the McGorry et al study? Well...participants were randomly assigned to the following groups:
Cognitive Therapy + Risperidone
Cognitive Therapy + Placebo
or Supportive Therapy + Placebo.
Plus
a 'Monitoring' group - or those people who refused random assignment - so are
~
When Brion Gysin spoke about his 'Dream Machine', he said it was "The worlds only artwork that you look at with eyes tightly closed" - I wonder if the same might be said of CBT for psychosis.