Are Friends Electric - A Whig History of the Human Mind? 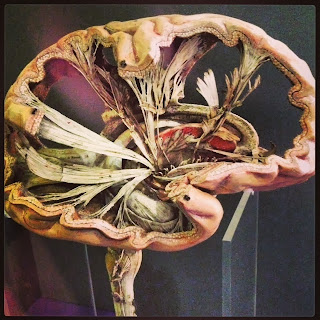 Asylums with doors open wide,
Where people had paid to see inside,
For entertainment they watch his body twist
Behind his eyes he says, ’I still exist.’
Atrocity Exhibition (Joy Division)
“Science is the ultimate pornography, analytic activity whose main aim is to isolate objects or events from their contexts in time and space. This obsession with the specific activity of quantified functions is what science shares with pornography.”
―    The Atrocity Exhibition J.G. Ballard


I was invited by the BBC Radio 3 culture & arts programme NightWaves to review a new exhibition of 'Psychology' hosted at the Science Museum - entitled "Mind Maps: Stories from Psychology"

The exhibition was far more stimulating than I anticipated - the first I can think of in my lifetime as a psychologist and the fact that it is hosted in the Science Museum of London and sponsored by the British Psychological Society are not trivial contextual features. 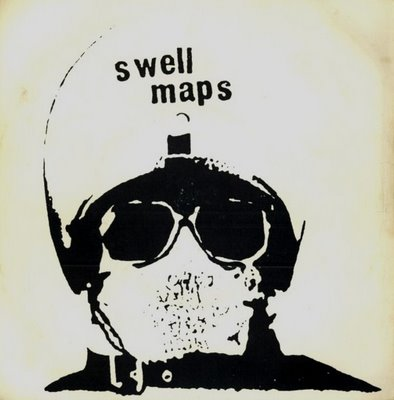 
"[it] traces five significant moments in the history of the nerves and mind, from 1780 to the present. Each is explored through scientific and technical advances and the controversies that they generated. These are not only stories about scientists and doctors, but also about their patients and the general public."

Arguably Psychology as a discipline did not arrive until 100 years later with the advent of Wilhelm Wundt's lab in Leipzig. What we classify as Psychology in this exhibition and generally is an interesting question


Dead Can Dance (the Arrival & the Reunion)

The exhibition is less about developing views of the mind than developing technologies that themselves shape our view of the mind and ultimately, are used to treat 'broken minds'. The technology is sometimes beautiful, sometimes atrocious, and most intriguing when both. Parts of Mind Maps reminded me of visiting Gunther von Hagens' Body Works exhibition in London over 10 years previously  - where corpses were displayed or splayed ...so dehumanised that I viewed them as grotesque man-made artefacts.

Entering Mind Maps, we are confronted with a slice of human history - a human nervous system extracted from a 17th Century Italian criminal and varnished onto a table

Padua Man
The advanced societies of the future will not be governed by reason. They will be driven by irrationality, by competing systems of psychopathology J G Ballard

We might imagine or hope that such an entrance would then safely take us on a journey of increasingly benevolent ways of examining the mind and mental suffering - a Whig History of the Mind. The exhibition informs us "Our understanding of the way our nerves relate to our thoughts, behaviour and mental health has changed dramatically over the last 250 years" But ...has our understanding changed dramatically? I'm not sure that the exhibition does (or can) convey an impression of development in our models of the human mind and its 'treatments' - not because the exhibition fails in that regard, but because that elusive aim cannot be readily pinned and varnished.

Once we leave the varnished nerve-man, we enter Medical Electricity, the home of Reverend John Wesley, Luigi Galvani...and the obvious cultural links to Mary Shelley's Frankenstein. Electricity is a trope throughout the exhibition. 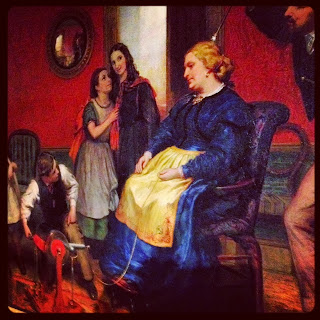 18th Century Electric Therapy
In the 'Medical Electricity' section we see this painting above. As shown, medical electricity was administered in a therapeutic context - the therapist (electrician?) stimulates the woman's head, in her home, where she is surrounded by family members - therapy as a drama!
Tubeway Army - Are Friends Electric, I hate to ask, but mine has broke down
While this wonderful painting is of its time, this start of the exhibition echoes its denouement, which features Transcranial Magnetic Stimulation (tMS). It is comforting to assume that the technology has improved and somehow must have a corollary in an improved understanding of the mind, its disorders and treatments...but does it and has it been dramatic?
Undoubtedly these early forms of electric therapy -if beneficial - derived their benefit from placebo, the impact of family support and so on - this is one main difference from current methods - where we attempt to control and assess placebo (whether successfully for example, in tMS or other treatments ...is another issue). 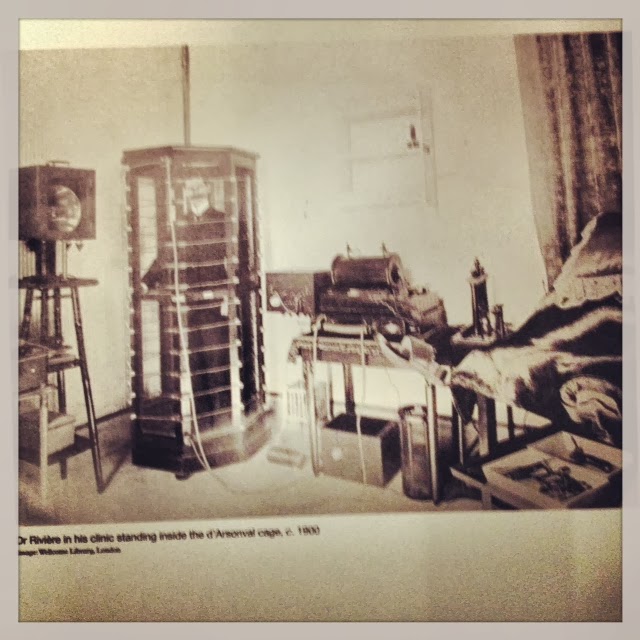 
The electrical current continues through the work of Galvani, animating the dead legs of frogs, D'Arsonval cages and even the notion of the electrotherapy couch. After this section, we lightly gloss over Galton, Freud and Pavlov ...until electricity returns again with ECT and leucotomies rendered through electrical charge to burn brain-holes. We also see a positive side of electricity in EEG and the pioneering work of William Walter Grey (whose stroboscope stimulation work influenced the artist Brion Gysin to develop his Dream Machine, which I spoke about in a previous post) 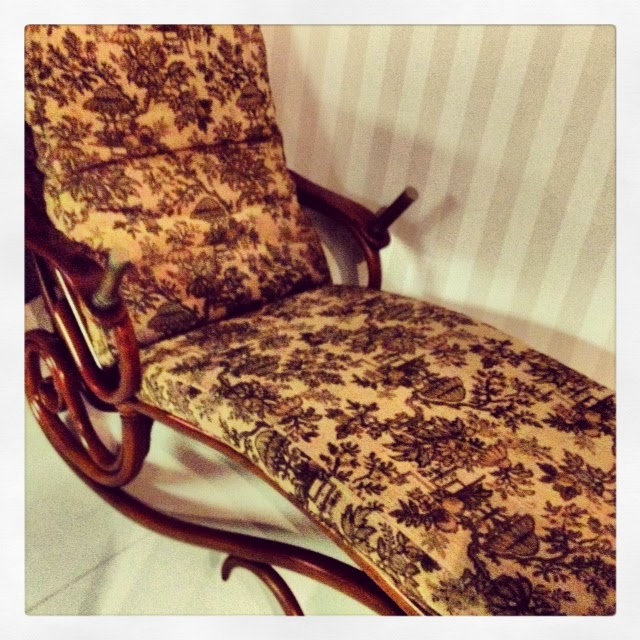 Despite some psychological angles, we might question whether (m)any of these 'interventions' occurred under the watch of psychologists. Of course the brain is an electro-chemical system (and there is an extremely small display on medication), but it doesn't immediately follow that electricity will be the key to aid our understanding - breathing life into the dead and death into the living. Although the exhibition doesn't mention other new methods like deep brain stimulation, it could be argued that the general approach has not changed that dramatically in 250 years


The finale of Mind Maps is more evidently psychological in the form of Cognitive Behavioural Therapy, alongside Avatar Therapy and the so-called Communicube and Communiwell. Do these represent a closing case for a Whig history or a new-age Stoicism?  Might we at least argue that our techniques have become more benign, less invasive? 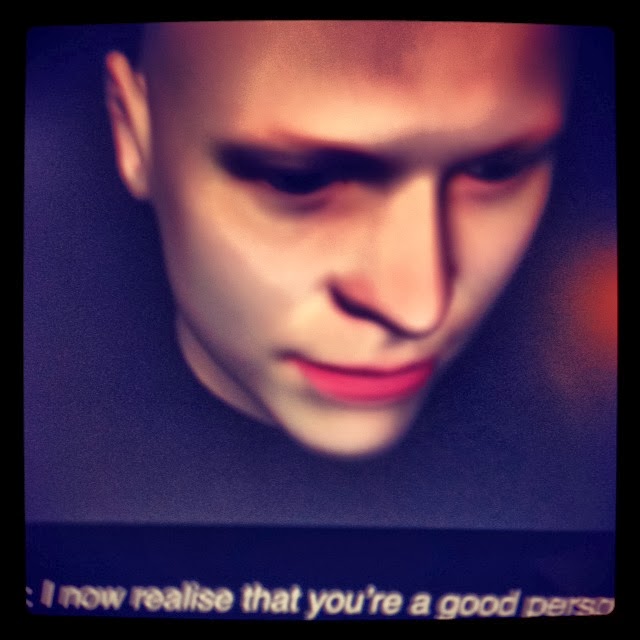 Julian Leff's Avatar Therapy for those who 'hear voices'


First we know remarkably little about possible adverse consequences of CBT or psychotherapy per se - and absence of evidence is definitely not evidence of absence in this case. But where adverse consequences have been examined, we have reason to be concerned: see Lilienfeld's (2007) Psychological Treatments that Cause Harm; Linden's (2012) How to Define, Find and Classify Side Effects in Psychotherapy: From Unwanted Events to Adverse Treatment Reactions; David Nutt's (2008) Uncritical Positive Regard: Issues in the Efficacy and Safety of Psychotherapy; and dating back to Bergin (1963) The effects of Psychotherapy: Negative Results Revisited. - What would we expect from a therapy that 'invades the mind'? 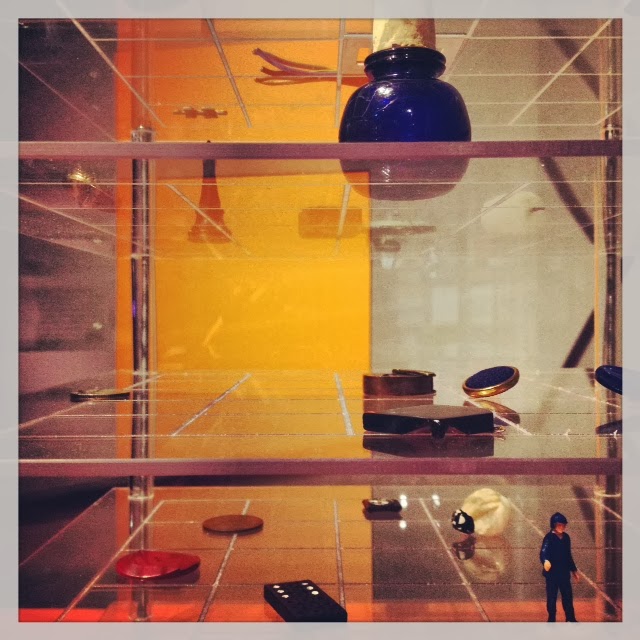 
Aside form CBT, the Communicube and Avatar Therapy were somewhat odd and weak choices to end an otherwise interesting and thought-provoking exhibition. I am unaware of any published trial data on the Communicube (or Communiwell) - rather it seems the BPS have - inexplicably - offered a significant marketing opportunity for what looks like an untrialled commercial therapy. Concerning Avatar Therapy, Julian Leff and colleagues have recently published data from one trial in the British Journal of Psychiatry. The study, which shows that creating and interacting with avatars may reduce auditory hallucinations, received significant press attention. Nonetheless, it is one study with no active control condition, no testing of whether blinding was successful, and crucially...a drop-out rate of 35% and no intention to treat analysis. So, if one marketing idea and one potentially flawed study represent the future of psychological intervention, then we maybe I entered the exhibition through the exit door


“The most merciful thing in the world, I think, is the inability of the human mind to correlate all its contents... some day the piecing together of dissociated knowledge will open up such terrifying vistas of reality, and of our frightful position therein, that we shall either go mad from the revelation or flee from the light into the peace and safety of a new Dark Age.”
H P Lovecraft


The various instagram pictures were taken at the Exhibition preview - thanks to my lovely wife for parting temporarily with her I-Phone for science!

Posted by Professor Keith R Laws at 13:39 No comments: