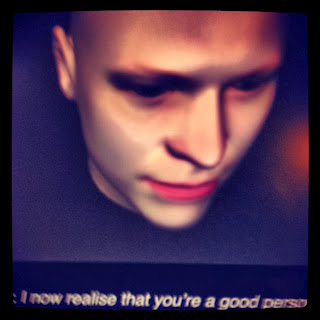 A new paper by Craig et al (2017) published in Lancet Psychiatry looks at whether so-called Avatar Therapy reduces auditory hallucinations in people with psychosis. Avatar Therapy is described by the authors as "...a new approach in which people who hear voices have a dialogue with a digital representation (avatar) of their presumed persecutor, voiced by the therapist so that the avatar responds by becoming less hostile and concedes power over the course of therapy."

In an earlier proof of concept trial, the same research group produced some interesting if limited findings. I commented briefly on the original trial methodology stating that "...it is one study with no active control condition, no testing of whether blinding was successful, and crucially...a drop-out rate of 35% and no intention to treat analysis."

Despite the obvious methodological limitations, the initial trial of Avatar Therapy was heralded by some as a "...therapeutic approach for voice hearers of potentially Copernican significance!"

Such hyperbole for a new and emerging intervention is never a good sign in science ...though sadly all too common

The latest trial addresses many of the issues that previously I had raised - it has an active control condition (Supportive Counselling), they tested for blinding success (and unmasking occurred for 1-in-5 participants) and they use an intention to treat analysis. It involved 75 active voice hearers being randomly assigned to receive 6 weeks of Avatar Therapy and 75 assigned to receive 6 weeks of Supportive Counselling. So, it is a well-controlled and hence reliable trial.

Although methodologically a much better trial, the findings raise other questions. This starts with how the abstract presents the results - it is highly selective and somewhat worrying that the abstract passed unremarked by editors and reviewers at a journal such as Lancet Psychiatry ...so, what does it say? 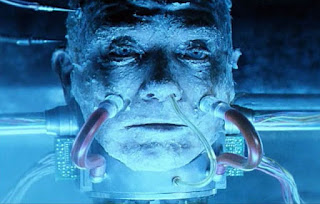 So, what is the omission? The abstract highlight the PSYRATS-AH total score change at 12 weeks, but no mention of the re-assessment findings at follow-up 12 weeks later. Of course, it is important to know if a new intervention continues to show a benefit over the control comparison - especially when the intervention phase has finished

Back in 2013, after publication of the initial preliminary trial, I posed a question that was critical then and remains akey question 4 years later with the latest better-controlled trial...

Avatar Therapy - so I would imagine follow up is key - what happens when the person is not in front of a computer?
— Keith R Laws (@Keith_Laws) December 20, 2013


In this context, it is worth checking the original objectives and hypotheses of the trial (published protocol at BMC Trials) 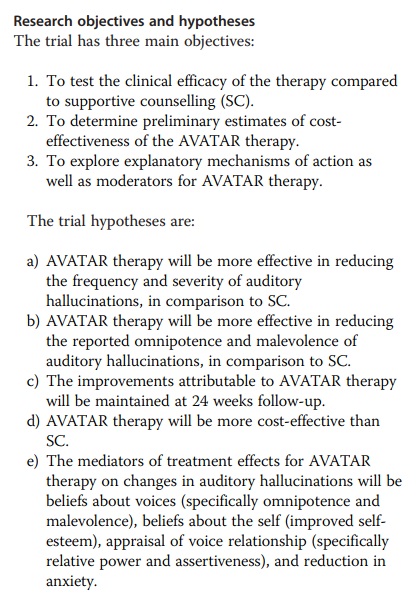 If we turn to the hypotheses...were they supported or not?
a) Avatar therapy reduced frequency and severity of hallucinations ...at 12 weeks
b) Avatar therapy reduced omnipotence but not malevolence ...at 12 weeks
c) not a single outcome measure advantage for avatar therapy was maintained ...at 24 weeks (including those described just above)
Indeed, Table 2 in the paper outlines 26 outcomes measured at 24 weeks and not one revealed a significant advantage for Avatar Therapy over Supportive Counselling...even by chance, we might expect one!
d) The proposed analysis of cost-efficacy is absent from the paper
e) The proposed mediator analyses are absent from the paper

The interpretation offered by the authors in their discussion is revealing. It begins with the assertion that "AVATAR therapy was feasible to deliver, acceptable to participants, and did not result in any adverse events that could be attributed to the therapy." It is unclear what is meant by 'acceptable' here since - as in the previous trial- Avatar Therapy produced a high drop out rate of almost 1-in-3 during the 6 weekly 50-minute sessions.

"...the absence of a treatment-as-usual control condition complicates interpretation of the absence of a significant difference between the two groups at 24 weeks. Although, as hypothesised, the large effect of AVATAR is maintained after therapy up to 24 weeks, participants who received supportive counselling show a small improvement after therapy, reducing the between group difference." (my italics)


This is curious as the authors when discussing limitations of their previous Avatar Therapy trial concluded the opposite (quite correctly):

"By comparing Avatar Therapy with TAU we did not control for the time and attention paid by the therapist to patients receiving the therapy. In the proposed replication study we will include an active control of supportive counselling" (Leff et al 2013, p.5)

Second, to argue that "participants who received supportive counselling show a small improvement after therapy, reducing the between group difference" is somewhat bizarre - leaving aside the obvious therapeutic allegiance issue, when is a 'small' improvement for Supportive Counselling, a 'large' effect for Avatar Therapy?

The bottom line is that Supportive Counselling had a therapeutic effect that was much larger than anticipated and at follow-up was comparable to that of Avatar Therapy. The main difference is that the benefit attributable to Supportive Counselling persisted throughout the whole trial and was on an upward trend, while the benefit of Avatar Therapy was restricted to the initial testing phase...and then plateaued.

So, at the end of the trial, Supportive Counselling and Avatar therapy did not differ in efficacy on any of 26 measures...and on many key indicators, supportive counselling was still reducing the key outcome measures while Avatar therapy had plateaued ...we might even wonder what would emerge if the two groups had been tested another 12 weeks later.
Posted by Professor Keith R Laws at 12:14 No comments: