CBT: You Spin me Round 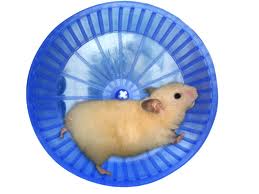 Although we failed to show a statistically significant effect of the intervention we cannot rule out a beneficial effect of the cognitive therapy on transition rate (although it could be argued that the sample size required to show such an effect, and the small effect sizes reported here, would make such an endeavour unfeasible in practical terms and unwarranted in clinical terms).


We regularly hear scientists complain about the truth gap that exists between their research findings and how science journalists portray those findings ...but what about that void that sometimes opens up between the findings of scientists and their own conclusions?


A case in point is a paper by Morrison et al (2012) published 'open access' recently in the British Medical Journal. The paper examines the use of Cognitive Therapy in individuals at High-Risk for developing psychosis. High-risk is a particularly contentious and hot topic in the context of DSM-V proposals for early intervention and CBT for psychosis is a similarly contentious topic.


This paper strangely brought to my mind the 80s group Dead or Alive, their one-hit wonder 'You Spin me Round' and the physical transformation of their singer Pete Burns...perhaps you will see why 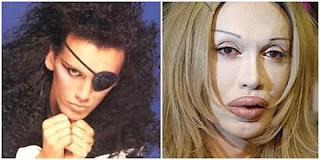 Figure 1. Still spinning - Pete Burns from the 1980s group Dead or Alive -
before and after a CBT makeover


What did Morrison and the 13 co-authors do?
They conducted a multisite single-blind randomised controlled trial of Cognitive Therapy in 288 individuals thought to be at high-risk for psychosis (aged between 14 and 35). Participants were randomly assigned to either Cognitive Therapy sessions over six months (plus monitoring of mental state i.e. provision of warm, empathic, and non-judgmental face-to-face contact and supportive listening) or monitoring of mental state only.

A few thoughts about the study
1) Transition rates Cognitive Therapy has no impact on transition rates
The low rate misses 29 individuals who were excluded at a second baseline assessment because they were deemed to have developed psychosis. The authors say...

This was a cautious manoeuvre to eliminate the possibility that such individuals were under-reporting at baseline and were, therefore, appropriately excluded on the basis of psychosis at first baseline assessment. … The inclusion of these 29 would have given an overall transition rate of 18%, which is similar to that found in the recent cohort studies


2) Reducing Symptoms The authors' claim that CT reduced symptom ratings is itself also questionable. The interaction between group and time did not reach significant and so it could be reasonably argued that CT had no greater impact than the control condition across time.

Moreover, as the authors themselves note, any effect "...would become of borderline significance if we were to adjust for multiple testing using a Bonferroni correction (there being three primary outcomes)."  This is interesting because the primary outcome of the EDIE study protocol is transition and nothing is mentioned about symptom reduction as a primary outcome.


Who is spinning - Media, journal or authors?
Despite the authors not being able to make any claims about CT positively affecting transition rates (which we have seen should be more than doubled), the lack of difference between CT and monitoring alone, the unreliable change in symptom scores, the lack of any medication analysis (in fact all patients were unmedicated as an entry requirement) - they conclude the following

"On the basis of low transition rates, high responsiveness to simple interventions such as monitoring, a specific effect of cognitive therapy on the severity of psychotic symptoms, and the toxicity associated with antipsychotic drugs, we would suggest that antipsychotics are not delivered as a first line treatment to people meeting the criteria for being in an at risk mental state"


So the article in the UK Guardian entitled Drugs not best option for people at risk of psychosis, study warns is not simply misunderstanding by a journalist, but what looks like author spinning. Indeed, as far as I am aware, no direct comparison between CBT and medication has ever been published!

Cognitive therapy did not significantly affect distress related to these psychotic experiences...nor levels of depression, social anxiety, or satisfaction with life...

But the confusion arises because the authors also proppose that

...it is clear that both groups improved significantly in terms of psychotic experiences, distress, anxiety, and depression...

How authors may conclude the efficacy of any intervention (CT or monitoring) is beyond me when they have no control group as such! Who knows what would have happened with no intervention at all?

So, this paper gave me a 'mind-pop' for the 80s band Dead or Alive, their hit 'You Spin me Round' and the wonderfully eccentric self-transforming Pete Burns. In fact, this tune has been reinvented many times by Pete Burns and others (e.g. Marilyn Manson) and like Cognitive Therapy, will no doubt continue to reinvent itself
...perhaps some papers remind you of pop tunes or musicans although I wouldnt be surprised to be in a minority of one!