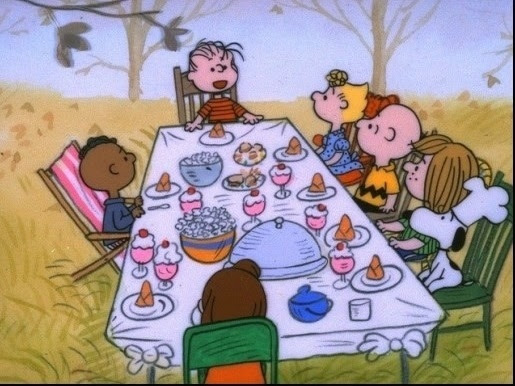 Recently I came across a, sadly, all too common newspaper article about racism in the UK - the story concerned a man (Mr Swift) found guilty of racially abusing staff at his local shop. The 32 year-old man racially abused two staff, made Nazi salutes, called a woman in the shop a "black ****" and said "go back to your country you bitch".

What made this story marginally more interesting was that the man's defendant Paul Morris said "Swift suffers from schizophrenia and part of his behaviour in recent years has been a direct result of the illness" - he claimed, or at least implied (given the way that Lawyers use language), that the racism was somehow linked to his schizophrenia

On reading the article, I tweeted “Astonishing – Defence claims schizophrenia caused man to be aggressive racist twat.” And within a couple of hours, I received a tweet from @JonesNev linking me to her interesting Ruminations on Madness blog, where she articulated a thought-provoking (albeit ambivalent) retort to my tweet - it is called 'Culture and Delusions'

In the blog, Nev says:

Although I’m not entirely comfortable with my apparent self-appointed role as apologist for (schizophrenic) mass shooters and racists, it seems necessary to underscore the extent to which severe psychosis in fact can and often does lead otherwise liberal, kind, non-racist people to become glaringly, bluntly racist, sexist, phobic, nymphomanic, hostile, anti-Semitic and so on. I struggle to articulate this in a way that does not directly equate psychosis with pathology, but it seems relatively unambiguous that, at least in some cases, the dynamic “re-mixing” of (emotionally charged) cultural motifs with personal (conscious and/or unconscious) fears and insecurities, profound experiential changes in the boundaries between self and other, disorganization and slippage of thought and memory, sometimes bizarre and frightening voices and visions, often very unsurprisingly leads to a kind of unwitting and strangely cultural “performance” of otherwise more broadly salient sociopolitical conflicts. (And what, of course, is more culturally salient than race?) One might also speculate that implicit racism (which virtually all of us tacitly endorse, as social psychologists have repeatedly demonstrated) simply boils to the surface in the cauldron of psychosis."


Could racism result from delusional thinking?
Nev's response got me thinking - could schizophrenia or a delusional state really cause a person, who was hitherto not racist... to become a violent or abusive racist? Psychosis is associated with increased odds of violence (estimated at 49%–68%  in the meta-analysis of 204 studies by Douglas et al 2009); and other meta-analyses confirm that the key predisposing factor is comorbid substance abuse (Fazel et al 2009).

But I have worked for 20+ years with many deluded individuals - some claiming to be John Lennon, the Queen's son, or even Green Gartside, but unlike Nev I have yet to meet one who changed from being a non-racist to an aggressive racist following their 'illness'. I have, of course, encountered some expressing politically incorrect views, but none who radically changed! While psychosis can produce dramatic transformations large enough to impact personal identity, as far as I can determine empirical data are sadly lacking on radical transformation of sociopolitical beliefs in psychosis.

Jacques Derrida is in love with Green Gartside

Are we all racists under the surface?
What about the notion that racism is implicitly bubbling under the surface in most or all of us? Evidence used to underpin this idea comes from the Implicit Association Test - but I don't think it holds much water. I don't doubt that the IAT (test yourself here) reveals some associations may occur faster than others - what I object to is the notion that such associations signify racism (implicit or otherwise). Little or no evidence exists to document a link between IAT performance and overt discrimination. And a recent meta-analysis (Greenwald et al. 2009) found a very small association between performance on the Race (black-white) IAT and explicit (self-report) measures in 27 studies (with an r=.11). The bottom line is little or no evidence for a link between the IAT with overt racism; and of course, if most of use show implicit racism, why do only a fraction become overt racist? If only we could cure racism with propranolol...

Defining delusions
Could racist behaviour qualify as delusional? According to the DSM-IV-TR, a delusion is:


A false belief based on incorrect inference about external reality that is firmly sustained despite what almost everybody else believes and despite what constitutes incontrovertible and obvious proof or evidence to the contrary. The belief is not one ordinarily accepted by other members of the person's culture or subculture. Does racism meet the criteria for being a delusion? Yes...racism could be a false belief based on incorrect inference about external reality and one that is not one ordinarily accepted by other members of the person's culture.

In the case of Mr Swift, I think the correspondence may lack when we consider "firmly sustained despite what almost everybody else believes and despite what constitutes incontrovertible and obvious proof or evidence to the contrary" Interestingly, in interview, Swift told police officers he remembered swearing and telling the shopkeepers to get out of his country, but he was not racist. Now, without being too picky (and leaving absurd "some of my best friends are black' reverse psychology nonsense), some might argue that his denial of being a racist undermines the claim about it being delusional. If only we could get deluded individuals to so readily give up their delusions (as perhaps a legal defence team), then I suspect we might dispense far less medication or psychological therapy!

As an aside, the person who thought they were Green Gartside looked nothing like him, being much heavier, shorter and with red hair  - when I pointed out the inconsistency, he informed me that the hospital had cut parts of his legs away and given him chemicals to change his hair colour and make him partly bald - invention and resistance are key to the survival of delusion! 
It is time for the American Psychiatric Association to designate extreme racism as a mental health problem. Clinicians need guidelines for recognizing delusional racism in all its stages so that they can provide treatment. Otherwise, racists will continue to fall through the cracks of the mental health system, and we can expect more of them to act out their deadly delusions

In another article entitled 'Is extreme racism a mental illness" Poussaint argues that:


To continue perceiving extreme racism as normative and not pathologic is to lend it legitimacy. Clearly, anyone who scapegoats a whole group of people and seeks to eliminate them to resolve his or her internal conflicts meets criteria for a delusional disorder, a major psychiatric illness

However, he also claims that common or garden varieties of racism are treatable:


"...sometimes even lesser forms of racism are treatable because they have psychodynamics to them...They don't exist as a social problem, they … exist as psychological problems inside the individual."

In a piece in the Western Journal of Medicine Poussaint proposes specific modifications to the DSM’s diagnostic criteria for delusional disorder, suggesting the prejudice subtype:


A delusion whose theme is that a group of individuals, who share a defining characteristic, in one’s environment have a particular and unusual significance. These delusions are usually of a negative or pejorative nature, but also may be grandiose in content. When these delusions are extreme, the person may act out by attempting to harm, and even murder, members of the despised group(s).

Poussaint makes some valid arguments, but the dilemma we are faced with is...arent most violent hate crimes largely committed by people who are bad, not mad?

You needn't take it any further, sir. You've proved to me that all this ultraviolence and killing is wrong, wrong, and terribly wrong. I've learned me lesson, sir. I've seen now what I've never seen before. I'm cured! Praise Bog! I'm cured!
Alex (Clockwork Orange)
Despite some reservations, I do think this is an area requiring far greater empirical investigation. Future studies might also examine if the reverse occurs - could a racist become liberal-minded following psychosis? After all, why should any change inevitably run in a negative direction? Might we then also extend the notion to those who express other obnoxious views: sexists, homophobes (Oh... the irony of homophobes being mentally ill) and so on - could they be classified as forms of mental illness or delusional thinking and hence...be treatable?