Scientists are Artists: From Brian Eno to the Amygdala 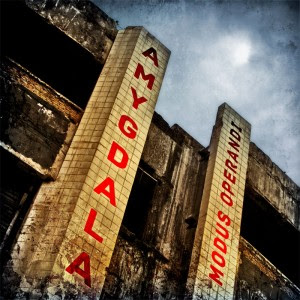 Dipping swords in metaphors yeah but what does he know?
We're always one step behind him he's Brian Eno
Brian Eno!
He promised pretty worlds and all the silence
I could dream of
Brian Peter George St John Le Baptiste De La Salle Eno
Brian Eno by MGMT

Scientists are geeks and artists and musicians are cool ....aren't they?

Science and scientists are viewed as somewhat controlled, controlling, rule-bound, formulaic (the Scientific Method) and emotionally bereft Mr Spocks. By contrast, artists are seen as inspired, more random, often troubled and free souls who free us and our imaginations

These stereotypes are a view of the seemingly quiescent surface of science. Scrape beneath the tranquil surface though ...and you often find a festering, turbulent and creative underbelly.

It is important to acknowledge and embrace the art of science,  embrace the random....but being scientists and perhaps self-defeating...we might like some rules to help us control this random (ha!) creative process!

In this context, let me introduce Brian Peter George St John Le Baptiste De La Salle Eno or as he is more commonly known - Brian Eno. Eno is, of course, best know for producing many famous bands (U2, Bowie, Talking Heads) and was a founder member of Roxy Music. His influence on electronica has featured in my blog previously.

Here I mention his Oblique Strategies (Over One Hundred Worthwhile Dilemmas) - a deck of simple printed cards created by Brian Eno and artist Peter Schmidt and first published in 1975. Each card contains an aphorism intended to help artists break creative blocks.


"By This River" (Eno, Roedelius, Moebius) from Before & After Science

The cards contain a phrase or cryptic remark that may be used to overcome a creative impasse or dilemma. Some are specific to music composition and Eno has used them throughout his own recordings and his production of others - the cards were a key part of the production of David Bowie's seminal Berlin trilogy of Low, Heroes and Lodger.

"We used oblique strategies a lot. Sense of Doubt was done almost entirely using the cards, and we did talk about work methods. But no, I don't think we [Eno & Bowie] have that much in common. But that's fine, so long as there's give and take"

Working on Sense Of Doubt, Bowie and Eno each pulled out an Oblique Strategy card and kept it a secret from the other. As Eno described it:


It was like a game. We took turns working on it; he'd do one overdub and I'd do the next. The idea was that each was to observe his Oblique Strategy as closely as he could. And as it turned out they were entirely opposed to one another. Effectively mine said, 'Try to make everything as similar as possible.' … and his said, 'Emphasize differences.

"Sense of Doubt" by David Bowie - incipient alien hand syndrome
Many of the cards are however more general and useful in many situations - I have often found them to act as catalysts for creative ideas both in a previous more artistic career and now as a scientist.

Science and art are not mutually exclusive and most, if not all, of us engage with both ...the struggle between structure and serendipity and not a reduction of one to the other
As Eno says


Oblique Strategies will not give you a high H-Index or guarantee a successful scientific career, but may provide that lacking creative spark at the many overly-analytical stages of the scientific process 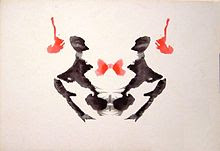 In this context, it is worth noting that the Oblique Strategy cards are a simple stimulus open to massive interpretation - not unlike inkblot cards from the Rorschach test. Research shows that the number of unique responses to random figures (like the one above) is linked to having larger amygdalae. Asari et al (2010) asked healthy participants to report what the figure looked like the number of responses correlated positively with amygdala size.

The authors suggest of course that amygdalar enlargement in the normal population might be related to creative mental activity. Indeed, unique Rorschach responses are observed at higher frequency in the artistic population (e.g. Ramachandra, 1994; Rorschach, 1921) as well as more frequently in those with psychosis (e.g. Exner, 2003)....So, perhaps Oblique Strategies will enlarge your amygdalae
"Through Hollow Lands" For Harold Budd (arr. Fred Frith, Eno)
from Before & After Science
To finish with a random, creative amygdala-Brain Eno connection - here is 'Through Hollow Lands' from Eno's Before and After Science album. The psychology link? This piece was co-arranged by and features Fred Frith - one of the founding members of the illustrious and wonderfully monickered Henry Cow - an art group that came out of Cambridge University in the late 1960s/early 1970s. Fred Frith is, of course, the brother of the psychologist Chris Frith... who has written extensively on the Social Brain? (mentioning the amygdala a lot) and here is Henry Cow with their track Amygdala
I wonder if scientists have large amygdalae?

Intellect catching up with intuition