Psychology - Seductive, but is it Science? 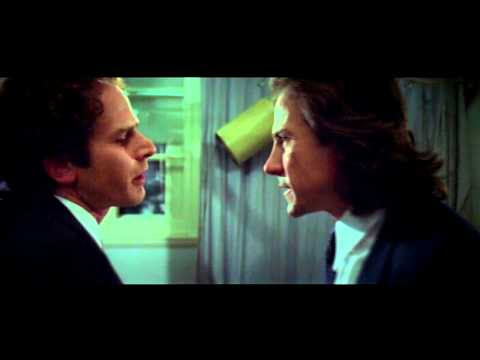 I am an unintentional psychologist. As teenager, I was persuaded to add Psychology as my final 'A'-level  "...probably useful to have a science" I mused. Within days, psychology had consumed me with its easy charm - taking me to places that were simultaneously familiar and exotic - and we duly began a relationship that has persisted for 30 years.

Psychology is the perfect partner - being whatever we want it to be. As a psychology undergraduate, one day I was dissecting brains or measuring social behaviour in cockroaches, the next I was mesmerised by William James' poetic words on emotion or a lecturer telling me that I wanted to have sex with my mother.

Can we really refer to this capacious church of psychology as science?

For most of my academic life as a psychologist, I have endured a dissonance - never doubting that psychology was a science, but believing it is impossible to define a science. Thirty years on, defining science still seems like counting angels on the head of a pin, though now...I believe it's a mistake to refer to psychology as if it were a unitary discipline - rather we have psychologies. And more recently, reservations about the scientific status of some psychologies have begun to feed my obsessive dissonance. Indeed, I would venture that some of these psychologies are...frankly...anti-science (something I will return to in a later post).

Possibly because of a (righteous) historical fear of introspection, psychologists tend to look outwards rather than inwards...which brings me to my point about how psychology currently operates. Psychologists engage in a version of science that is systemically corrupted and blinkered. The evidence on this issue seems unquestionable to me - as indicated by the lack of published replications and null findings, questionable research practices such as selective reporting, hyperbole, evidence denial and even outright fraud, all combined with the shallow pursuit of the curious.


In this context, I am posting a collection of recent pieces where I have discussed problems in the practice of psychology - and the extent to which these issues undermine the scientific status of psychology as it currently practices

It's time for psychologists to put their house in order - My original article in the Guardian where I outline some of the systemic problems inherent in the way that psychology currently operates - especially with regard to publishing and my section editorship at the new journal BMC Psychology, which is addressing some of the issues regarding null findings and replications
Negativland - a home for all findings in psychology - The Open Access paper that I published in BMC Psychology (which I'm delighted to see has over 10,000 downloads in 2 months). This paper reviews many problems and distortions that beset psychology and how these are longstanding - raising questions about the resistance to change amongst psychologists. One upshot of this unwillingness is how it plays out in the minds of the public - whether we believe psychology is a science or not in any technical intellectual sense becomes redundant if the wider perception of psychology is that it has little credibility and masquerades as a perverse charade of science (see Rupert Read's points below).

BBC Radio3 NightWaves audio recording of debate - Is Psychology a Science? - between myself and the philosopher Rupert Read on BBC Radio 3 Night Waves programme (it was linked to my Guardian article). One point argued by Read, is that it is in fact  impossible to replicate experiments in psychology - because of the historical nature of human beings. I am pretty sure no psychologist would agree with this philosophical point - and I explain that we use naive participants. Indeed, Read's argument strikes me as essentially incoherent - at what point does the historical nature of humans kick-in? Presumably, even after one individual has been tested in any experiment - in which case, no experimentation is possible in psychology (nevermind replication)


Why Psychology ain't Science - piece written by Rupert Read following our debate, where he expands on why he thinks psychology is not (and cannot be) a science. This largely seems to consist in his straw-man positioning me as a simplistic Popperian as opposed to his seemingly Kuhnian view of science. "...real science is: roughly, Kuhnian puzzle-solving within a research tradition, in a field that is not one that we construct and inhabit just by virtue (following here Schutz and Garfinkel and Wittgenstein) of being competent social actors"

"Established Psychology is one of those juggernauts that Wittgenstein didn’t like, and rightly so." Rupert Read

E=MC2 by Big Audio Dynamite
a paean to Nic Roeg
Even if we psychologists do eventually show the determination to get our house in order - many will still view psychology as a pseudoscience - what is important....is how we psychologists view what we do and how we practice what we do
Posted by Professor Keith R Laws at 13:16