No Thyself (or Another Green World) 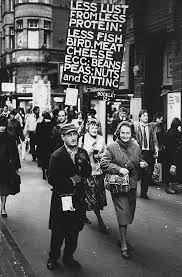 "I could've been Raskolnikov, but Mother Nature ripped me off"


With his typical boldism, Professor Richard Bentall recently remarked on my blog:
"Whether or not you think that CBT is helpful to patients. I'm inclined to believe the patients on this issue"

Although nobody would deny the right of those with mental health problems (or indeed, anyone) - to have their voice heard, Richard Bentall's comment hints at a dilemma for some clinical psychologists. How could - or should - the user-voice (or 'lived experience') inform the science of clinical research and clinical interventions... or are those voices and experiences in but not of science ?

My mind...It ain't so open
That anything...Could crawl right in


An over-riding faith in and prioritising of patient experience is a laudable ambition, but one that creates significant problems for clinical psychology. Would Professor Bentall be consistent and retain the same enthusiasm for his criterion to assess the efficacy of pharmacological interventions (or even self-medication)? When we enter the realm of lived-experience, all experiences must be equally entertained - it is not a world of science, priority is not determined by evidence - there is no priority beyond those advocated by the loudest and most polemic voices. Professor Bentall clearly does prefer the opinions of some patients - those who espouse preferences that accord with his own - CBT for psychosis - whatever the evidence states
Parade by Magazine
They will show me what I want to see
We will watch without grief
We stay one step ahead of relief
....What on Earth... is the size of my life ?

I've got this bird's eye view and it's in my brain
Clarity has reared its ugly head again...so this is Real Life

The prioritising of service users also appears in the recent soi-disant paradigm shift document from the British Psychological Society Division of Clinical Psychology:

"The needs of services users should be central to any system of classification. Service users express a wide range of views on psychiatric diagnosis, and the DCP recognises the importance of being respectful of their perspectives. Some service users report that diagnosis is useful in putting a name to their distress and assisting them in the understanding and management of their difficulties, whereas for others the experience is of negativity and harm"

Again, of course, we are not told how any system of classification could be based on the diverse views of service-users. This is a should-based position statement rather than an evidence-based science statement - in which service-users seemingly view descriptors of their problems as part of the 'cure' or as the problem. Or more correctly, how some influential clinical psychologists view such labels as being part of the problem for service-users....everyone's view is 'entertained', but some are preferred.

The Correct Use of Soap


"I am angry I am ill and I'm as ugly as sin, my irritability keeps me alive and kicking"

A related and interesting trend in some areas of clinical psychology is the increasing reliance on patient self-report as a complementary or even only source of data. Introspection as a primary source of data has its place in psychology ...although some might argue that place resides not in the last century, but the one before that - in the 50,000+ pages written by Wilhelm Wundt 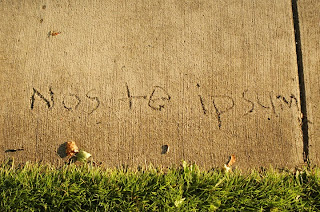 When investigating clinical interventions, some researchers depend heavily on patient self-rating scales. It wouldn't be overly surprising if self and clinician measures were discrepant or for researchers to (de)emphasise either measure according to their hypothesis.

Indeed, I have previously alluded to the clinician-self discrepancy. For example, in my post (CBT: Shes Lost Controls Again) on Morrison et als recent study claiming that CBT reduced symptomatology in unmedicated individuals with schizophrenia. One feature of this methodologically poor study is that the patients rated themselves as... experiencing no recovery following CBT. If we are to prefer to believe patients, then we must conclude that CBT is ineffective in cases of unmedicated psychosis - not, of course the conclusion that Morrison et al promoted in the media - based on their own nonblind assessment of their patients.

You Never Knew Me (by Magazine)


....Do you want the truth
or do you want your sanity?
You were hell and everything else
...was just a mess
I found I'd stepped into
the deepest unhappiness

"Who are these madmen! what do they want from me!
with all of their straight-talk from their misery"
Largely unexamined, we studiously avoid asking questions like...who or what best captures 'depression'? The person rating their own experiences (on something like the Beck Depression Inventory: BDI) or a clinician assessing them from the outside with other scales?


I like watching you
but I don't watch what I'm doing
got better things to do
so this is Real Life....you're telling me


It's tempting, of course, to assume perhaps that some combination of both (self and clinician) is required. But as we saw above, does a combination help or create confusion and importantly, does it offer greater opportunities for researchers to cherry-pick or fudge results? Cuijpers et al 2010 conducted a meta-analysis of 48 psychotherapy (largely CBT) intervention RCTs comparing outcomes on self vs clinician ratings for the same patients and found that "clinician-rated instruments resulted in a significantly higher effect size than self-report instruments from the same studies"

Like the Morrison et al study of psychosis outlined above, such findings could impact outcomes for some patients - its easy to imagine a clinician declaring (contrary to the beliefs of the patient): "I know what you are saying, but believe me...as far as I am concerned you are well!".

Feed the Enemy by Magazine

Turning this around, what is the evidence that people with severe psychiatric problems can reliably assess their own experience? What happens if a core component of severe psychiatric disorders is that insight is compromised? I am not denying insight to those with severe psychiatric disorders ...rather, this is a question for all of us - who amongst us can accurately assess their mental states -nevermind a troubled mind?  Studies indicate that between 50 & 80% of those diagnosed with schizophrenia show partial or even total lack of insight into the presence of their mental disorder per se (Insight being defined here as the awareness of having a mental disorder and its symptoms).

It is notable that the culture of self-assessment is more prevalent for some disorders than others. Why do we liberally use self-rating scales (BDI) to assess depression and its interventions, but very rarely use self-ratings to assess schizophrenia and its interventions? Is it really to do with the fabled lack of insight in schizophrenia? What is the evidence that they are any less accurate than those with severe depression? What about people with bipolar disorder....would it be OK to have self-assessment for their depression, but rely on clinicians to assess their mania?

"Your furniture is made to injure me"

Finally we arrive at the more pervasive and crucial question - what is the purpose of psychological intervention? One obvious aim might be to enable the patient to eventually say  'I feel better/cured/recovered' ... whatever these mean to the sufferer. This could be independent of  ascertaining the veracity of this claim

But should we refer to this as science or evidence-based? Perhaps this is where some clinical psychologists are destined - outside, beyond normal science - maybe we should call it outre science

Do you no thyself?


Postscript: Stanley Green was a wonderfully eccentric character (the Protein man) from my early teenage working life around Soho in the late 70s. In my book, anyone with such dedication deserves to be remembered...I have of course stuck to his dietry advice ever since!