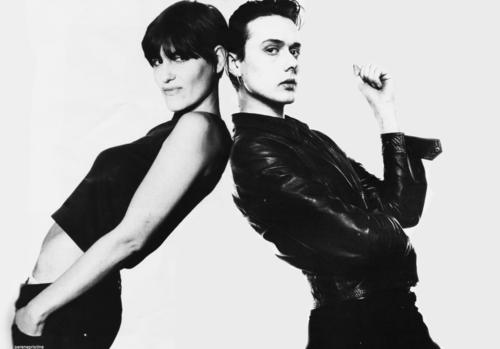 Everything with a downside may have an upside, bear with me ...I am no expert on autism, but the following paper struck me so much, I wanted to dash something off on it here (while listening to the peerless Suede...for reasons that are obvious...to me!)

In their paper, they claim that "...ASD, rather than being characterised by masculinisation in both genders, may constitute a gender defiant disorder"

Professor Simon Baron-Cohen is probably the most well known advocate of the ‘Extreme Male Brain’ theory to have suggested that an increased androgen exposure in utero may contribute to the development of ASD in both genders (e.g. Baron-Cohen 2002). The extreme male brain theory of autism was, however, first suggested by Hans Asperger (1944) when he wrote:

‘The autistic personality is an extreme variant of male intelligence. Even within the normal variation, we find typical sex differences in intelligence… In the autistic individual, the male pattern is exaggerated to the extreme’ (Uta Frith’s translation).

Despite the ‘extreme male brain’ theory suggesting that autism spectrum disorder (ASD) is an extreme variant of male intelligence, Bejerot et al noted in the clinic that paradoxically individuals with ASD often display androgynous physical features regardless of gender

The Beautiful Ones (by Suede)

What did they do?
In this paper, Bejerot et al examined serum hormone levels, anthropometry, the ratio of 2nd to 4th digit length (2D:4D) and psychiatric symptomatology in 50 adults with high-functioning ASD and age and gender-matched neurotypical controls. They took photographs of face and body, as well as voice recordings, which were assessed with respect to gender coherence, blindly and independently, by eight assessors (see below)

2D:4D ratio - it has been argued (e.g. by John T Manning and many others) that the ratio of two digits in particular, the 2nd (index finger) and 4th (ring finger), is affected by exposure to androgens e.g. testosterone while in the uterus and that this 2D:4D ratio can be considered a crude measure for prenatal androgen exposure, with lower 2D:4D ratios pointing to higher androgen exposure. The 2D:4D ratio has been linked to many health e.g. heart disease, cancer etc as well as psychological factors 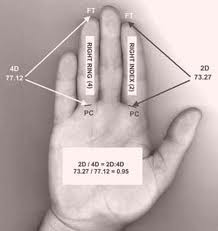 A selected assessor group including four men and four women (aged 18–47 years and from divergent socioeconomic backgrounds), individually assessed the digital photographs and voice samples presented on a computer. They were carefully informed to estimate whether the participants had more or less gender-typical features, but not to judge beauty. Femininity in the women and masculinity in the men were assessed, face and body unconnected, applying a 5-point Likert scale: very gender typical; gender-typical; average; weak gender coherence; very weak gender coherence. Coded photographs and voice samples of the control and ASD groups, men and women separately, were shown in random order. First, front and profile photographs of each participant’s face were shown, and the assessors were to estimate the age and gender coherence of the faces. Next, assessors estimated gender coherence from the body photographs, showing the shoulders and downwards. Finally, the assessors evaluated the voices, coded with a random number, on the computer according to the above-described 5-point Likert scale. 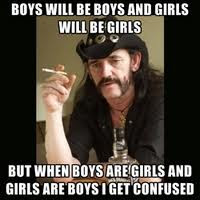 What did they find?
Women with ASD had higher total and bioactive testosterone levels, less feminine facial features and a larger head circumference than female controls.

Men in the ASD group were assessed as having less masculine body characteristics and voice quality, and displayed higher (i.e. less masculine) 2D:4D ratios, but similar testosterone levels to controls. Androgynous facial features correlated strongly and positively with autistic traits measured with the Autism-Spectrum Quotient in the total sample. 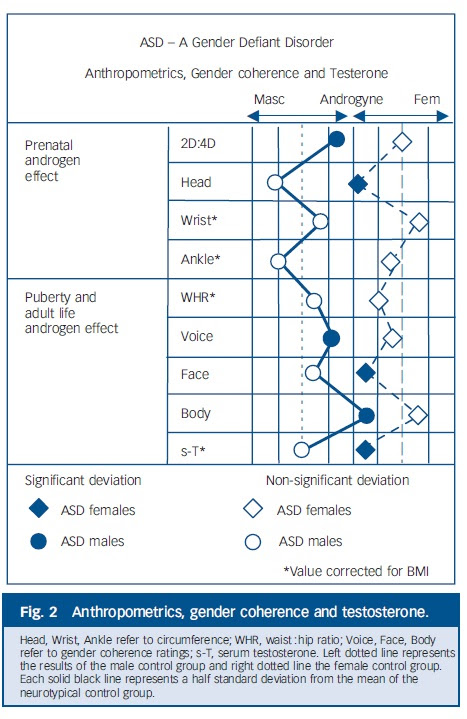 and look younger too...In males and females with ASD, dehydroepiandrosterone sulfate (DHEAS) did not decrease with age (compared to controls). This suggests an abnormal hypothalamic–pituitary–adrenal axis. And the authors speculate "Whether the clinically observed ‘young look’ in middle-aged people with ASD is associated with a reduced decline in DHEAS or not is worth exploring in future studies."

So Young (by Suede) 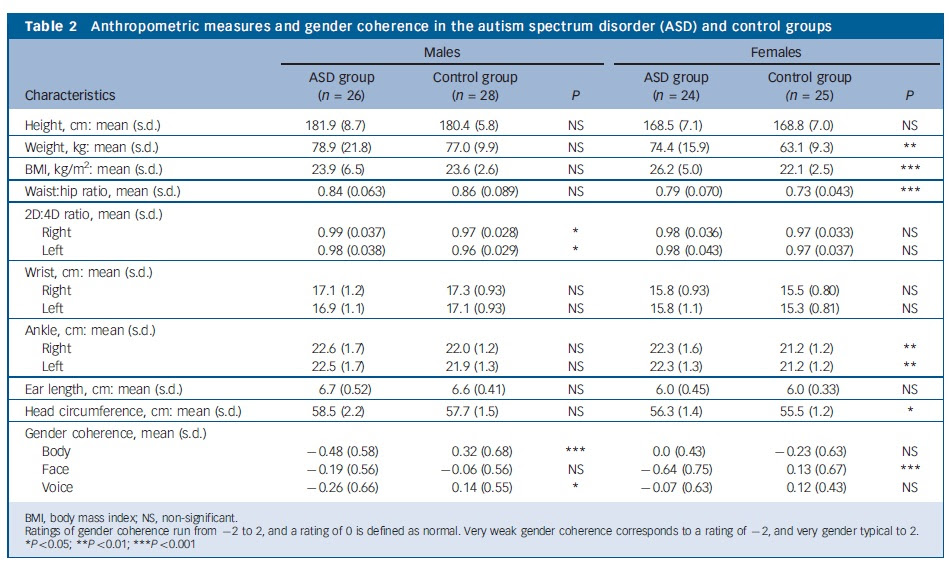 The authors some bold and intriguing conclusions:

"Rather than being a disorder characterised by masculinisation in both genders, ASD thus seems to be a gender defiant disorder. Our results strongly suggest that gender incoherence in individuals with ASD is to be expected and should be regarded as one reflection of the wide autism phenotype. The prevalence of ASD appears to be rising and so does gender identity disorder. The comorbidity between these two disorders is striking"